As January is all about new stuff – from trends and trade shows – I thought it might be interesting to focus on some of the things that are coming into store and also to show you how the ideas are being incorporated into real homes. Today let’s look at reeded glass. This is one of those stealth trends that started off in a few kitchen cupboards and has spread into the living room onto the walls and just about anywhere you and think of. It’s not even just glass anymore as it’s spreading onto wood and even fabric – corduroy is the textile equivalent. Basically think lines. The Canaletto cabinet by Ligne Roset available from September for £3,706

First up the glass. It’s everywhere. One reason might that that there is a definite trend towards kitchens not looking like kitchens and a bit of fluted glass is perfect for those who don’t want everything on display on open shelves but who also don’t want heavy wall cabinets. Above is a partial example of both solid wood and glass. But the reeded glass at the top of the cupboards is also picked up by the glass pendant lights over the island. These ones are from Spark and Bell.

But it’s not just kitchens where this glass is taking over. It’s been gradually gaining in popularity in bathrooms as well. And it gives extra privacy as well not to mention the limescale isn’t so obvious. 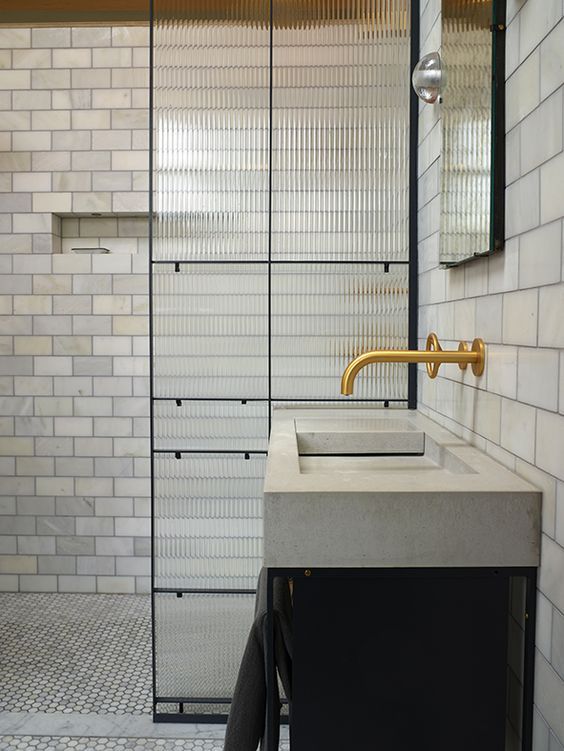 And it’s not just glass either. Look at these concrete basins from Kast. No prices given on the website so the old adage still holds true: if you have to ask….

Their canvas collection was introduced last year and while reactions to last Friday’s green bathroom suite were mixed (mostly positive but mixed) this comes in white as well as pink, orange, mint and yellow. I love them and I suspect, over the next few years, more and more of us will feel the same way as we seek to make our homes more individual and different from everyone else’s. Now you might feel that rather than something you will love forever this is more of a trend so you’re not looking to install new kitchens, bathrooms and basins. So you need to look to smaller items if it is still, however, something that you quite fancy. 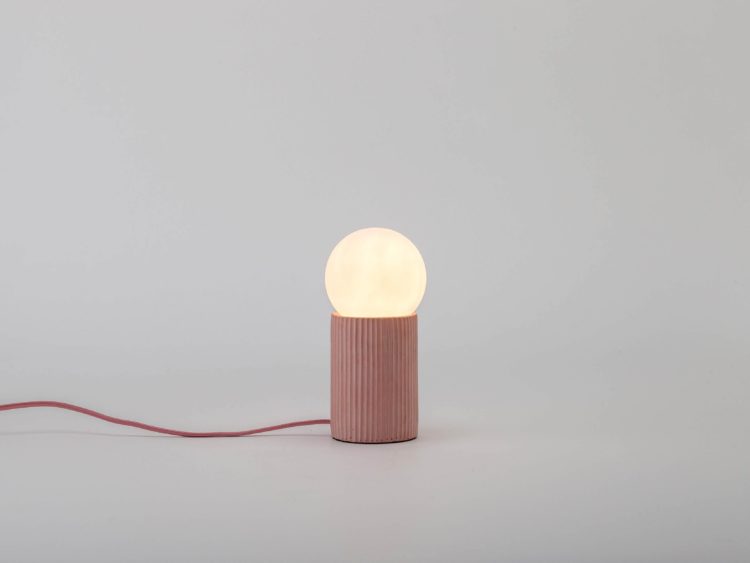 This table lamp, which comes in a variety of colours is £35 and below is a new season press shot from H&M and while the ribbed table is the one thing they don’t actually sell, the fact that it has appeared in their advertising, albeit as a prop, is a sign that it’s a look that’s coming. Give it time and you will be able to find more of them. I suspect that it’s this Swedish Asplund table, which retails for over £2,000 making it probably the most expensive thing in the shot. But it is gorgeous and it makes sense as both companies are Swedish that they might borrow props from each other.

Another way to interpret this trend which I am starting to see is the wall panelling. Sophie and I discussed panelling on the podcast the other day and, until now most people have opted to install a traditional period design or to use tongue and groove to panel a wall. This, I’ll wager, is the new modern panelling for the 21st century. Not least because you can use it in a modern house. Browsing through instagram the other day I saw someone was starting a project to use something similar as a radiator cover rather than the traditional (fretwork, which, in my view, doesn’t look right in any house of any period). This might be the solution for those who don’t want their radiators on display.

Or what about this – by Piercy and Co in the newly revamped BBC Television Centre. The combination of ribbed island and matching ribbed marble splashback is just heavenly. And then there was this; the new kitchen island by Sandra Baker, which took instagram by storm last week. Ignore the lighting – one is a chandelier that hangs over the table which she moved to get the shot and the others are over the island. So there are plenty of ways to bring this fluted or reeded effect into your home, anyone going to? 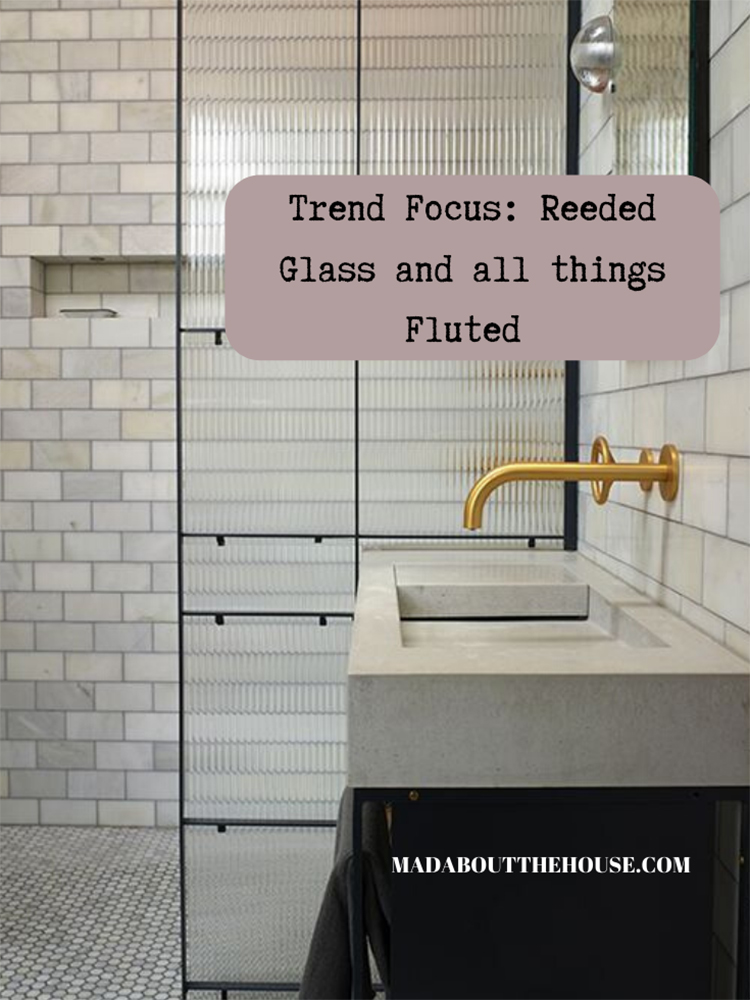